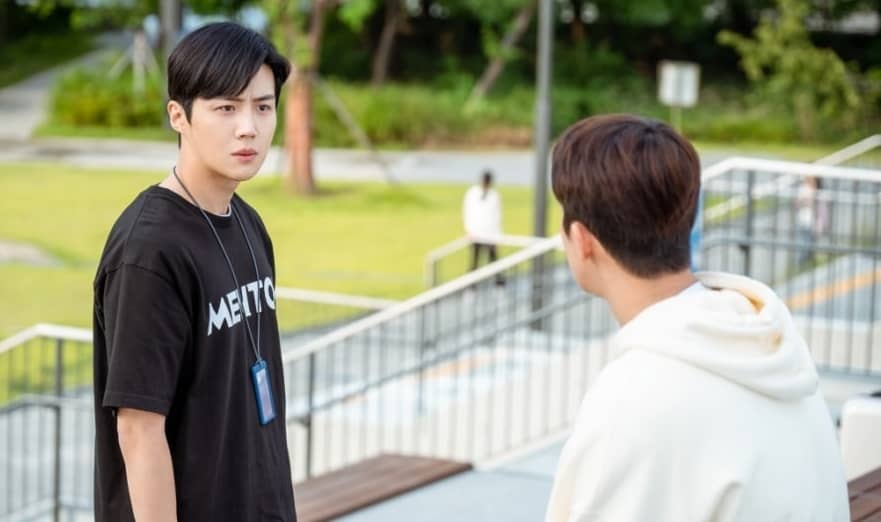 A Different Level of SLS in “Start-Up”  K-drama

Second Lead Syndrome or SLS is when you root for the second male lead in a drama and wish the female lead would choose him instead, albeit knowing it may never happen.

Most fans of K dramas are susceptible to falling for the second lead, which is usually handsome, rich, intelligent, and kind, almost Mr. Perfect for the female information.

In Start-Up, fans create an SLS over Mr. Han Ji Pyeong (Kim Seon-ho) against what they perceive as the clueless and unworthy first lead Mr. Nam Do san played Nam Joo Hyuk.

But unlike most Kdramas, where the second lead is Mr.  Perfect, Mr. Han Ji Pyeong’s character is far from it.  He is definitely good looking, rich, intelligent,  but he is far from kind.

There were moments from Episodes 1 to 10 where he showed he can be a jerk.  Start-Up is definitely introducing a different second lead, one who could be more sinister.

In Episode 10, they hinted that he could be the reason for the suicide of another CEO who could not take the pressure from hard-hitting investors.

Mr. Han never acknowledged Mrs. Choi’s kindness and compassion when he was homeless, even after he became successful.  In fact, he resented that kindness.  Some debts, especially those from the heart, are hard to repay, and yet, 15 years passed without any news from him.

Mrs. Choi suffered hard times when her son died that she had to sell her corn dog business, and Seo Dalmi had to forego her college education.

When Mr. Han meets Mrs. Choi again, he acknowledges that he could have helped defray Dal Mi’s tuition, but that was as far it goes.  In a lot of Kdramas, we witness the second lead secretly helping the female lead.

In Start-Up, all the machinations behind Dal-mi were to fabricate a lie about the successful Nam Do-San.  They did not help Dalmi but created the conflict, the bug that spelled disaster for the main characters.

The character building for Han Ji Pyeong is quite conflicted.  Sometimes he appears noble, like when he defended Nam Do San to Dal-Mi, telling her that Dosan picked her as CEO of Samsan Tech. He even told Dalmi about Dosan’s feelings for her, even before confessing his own.

However, there are also moments when he is terribly rude to Dosan, like when he taunted him with the hair tie left by Dalmi in his car.

He also vigorously refused to finance Samsan Tech and cannot understand how it can be a successful business venture.  He never saw Do-san’s potential as a CEO nor his genius as a computer engineer.

In contrast,  Mr. Alex, CEO of 2STO, a profitable global IT venture, is ardently pursuing Nam Do San and is even willing to give Samsan Tech wings to fly as a successful business.   Dalmi also saw that Dosan was a genius when he created the Hackaton and Noongil app handwriting for the visually impaired.

Han Ji Pyeong sees only the failures of Nam Do San and highlights this to boost his self-esteem and perhaps fight his growing jealousy.

In Start-Up, Nam Do San, far from being the jerk male lead, is a naïve, misunderstood genius who has no other ambition but to get the girl.  Perhaps, the one redeeming line from Han Ji Pyeong was that he was willing to give up everything to get the girl too.

There are still six (6) episodes remaining; may the best man win Dalmi’s heart.     Who knows, it may be Nam Do San, who is the real second lead, and it is Han Ji Pyeong who gets the girl in the end.