THE BEST SOUTH KOREAN MOVIES OF THE CENTURY 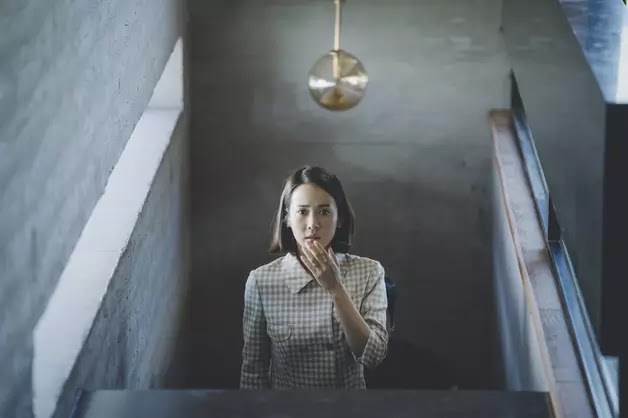 South Korean cinema is best known for their on-screen, no-holds-barred, grotesque violence that would find space in the list of the most fucked up movies. The biggest name in Korean cinema continues to be Park Chan-wook, with his international success opening up Korean cinema for similar directors, who make genre films aimed at popular domestic and international festival crowds.
Thus, although Bong Joon-ho and Kim Jee-Woon are contemporaries of Park and began making films around the same time. It is fair to say that Park is the name that establishes the Korean cult director, and thus can be seen as influencing an entire generation. The modern renaissance filmmakers like Park Chan-wook, Kim Jee-Woon, and Bong Joon-ho have put South Korean cinema on the world stage.
Modern auteurs like Lee Chang-dong, Kim Ki-Duk, Hong Sang-soo, and I’m Kwon-Taek have garnered praise for their masterful direction in the film festivals; they have carved an inviolable niche for themselves. South-Korean cinema has found a balance between competitive contemporary mainstream and art films that shape the world cinema. Here is the exhaustive list of the best South Korean movies of the 21st century that redefined the medium.

Kim Ki Duk’s spiritual film – The Best Korean Movies of The Century
It’s relatively difficult to write about a film that is intuitive, visceral, and expansive in its sprawling narrative. How do you write about something which mimics life so intimately and explores it in the backdrop of changing seasons?
We are introduced to a small Buddhist monastery, a world in itself, situated on a raft floating in the center of a mountain pond. An old monk (Oh Young-soo) is preparing to pass on his wisdom to a child monk (KIM Jong-ho), a repetitive cycle of life. We see life grow in the backdrop of four seasons. Encapsulating the emotions of existing and continuously flourishing, like the time has come standstill.

The Handmaiden The Best Korean Movies of The Century
“The Handmaiden” swarms with multiple things at once: a fascinating romantic period piece, a psychosexual erotic drama, an extended commentary on Japan’s occupation of Korea in the 1930s, a con story where the con man gets conned; more than anything, “The Handmaiden” is an accomplished, visceral cinematic exercise that packs disquieting fable of love, deception, and liberation of women that piles on expensive imagery.
THE HANDMAIDEN FEATURED IN OUR LIST OF THE 25 BEST NON-ENGLISH FILMS OF 2016
It’s a masterful work by Park Chan-Wook, as he puts his audiences amid a large puzzle spread all over the floor where they are forced to question every action. Feel distressed by some of them, and in a very dark, hilarious way, feel significantly amused by them. Continue reading the review of The Handmaiden.

“Burning” is a stunning, opaque, ambiguous riddle-story, filled with uncertain turns of events. It’s a well-crafted film, with muted cinematography, and absolute control of its writing, as displayed in the robust characterization and well-earned climax that you won’t see coming from five hundred miles.
BURNING FEATURED IN OUR LIST OF THE 25 BEST FOREIGN FILMS OF 2018
The most outstanding achievement of “Burning” lies in the controlled and restrained narration that uses minimal exposition, relying on visual cues to express the airtight tension among the characters. The anger, grief, rage, love, and envy are never explicitly defined. Instead, they are internalized in uncomfortable silences and further heightened by Kim Da-won’s unsettling score. Read the complete review of Burning.

Best Korean Drama Movies – Treeless Mountain
“Treeless Mountain” is a piercing, minimalist movie that smartly avoids sentimentalism to find naturalism in its narrative and characters. It is about two innocent girls, 7 YO Jin and her younger sister Bin, who are left by their distraught mother in the care of their aunt while she attempts to reconcile with her delinquent husband.
In one of the scenes, Aunt (Mi Hyang Kim) scolds a 5 y.o. Bin for peeing in bed. The girl sincerely asserts a couple of times that she did not pee in bed. It is her 7 y.o. Elder sister Jin has wet the ground, but Jin remains a silent spectator out of embarrassment. Any other filmmaker would have created a space for dramatic conflict to empathize with Bin, but the writer-director So Yong Kim never revisits the issue or resolve the misunderstanding. She never provides an easy answer. She never trivializes the incorrupt naivety of young girls for the sake of creating a linear arc that validates their innocence.
So Yong Kim weaves the heart-wrenching story with the fabric similar to Asghar Farhadi’s complex but nuanced drama and Majid Majidi, Jafar Panahi’s impeccable charm and innocence that the children possess.

Secret Sunshine Lee Chang-dong’s films ranked.
Secret Sunshine is an unflinching, lyrical drama that gets emotionally taxing as we get to know more about meek and genial Shin-ae (Jeon Do-Yeon). Lee Chang-dong’s dense narrative is brimming with the emotional and psychological breakdowns that Shin-ae experiences while grieving over the loss of her son.
The opening scene of the film foreshadows the fate of Shin-ae and her son. They are stuck in the middle of the highway, looking for help while moving to Miryang (literally translates to Secret Sunshine in Chinese). She wishes to restart a new life in her husband’s native land after his death.
Her troubled life takes a tragic turn when her son is kidnapped and later found dead, leading her to the struggle of finding peace amidst the personal loss, grief, leveling disillusionment, and shaky faith. Jeon Do-Yeon gives a committed and superlative performance that won her Best Actress awards at 60th Cannes Film Festival.

Jung Jin-young, Lee Joon-gi, and Kam Woo-sung in the film The King and The Clown – The Best Korean Movies of The Century
The King and the Clown is a historical tragic-comedy. It’s a subtle and nuanced exploration of sexuality, love, jealousy, and madness neatly decorated in the backdrop of 15th-century Korean socio-culture elements, during the reign of King Yeonsan. The layered narrative, powerful monologues, and dramatic tropes form a tragic conundrum remarkably reminding of Shakespearean tragedy.
Adapted from the stage play, Yi (“You”), the film-director ‘Lee Joon-ik’ and the screenwriter ‘Choi Seok-hwan’ deconstructs the interpersonal and intrapersonal relationships of two ill-fated traveling clowns. They get tangled in a web of compassion, kindness, and longing for a good life. Continue reading the complete review of The King and The Clown.

Best Korean Horror Movies – The Wailing
Na Hong-jin seamlessly blends multiple genres with ease, constructing a psychological horror involving satanic cult and ancient folk tale. “The Wailing” is like a giant monster whose is not visible, but whose terrorizing, ominous presence of supernatural force is felt through the eerie silence, like you are just to be gulped by the rain of horror.
THE WAILING FEATURED IN OUR LIST OF THE 50 BEST FILMS OF 2016
Set in a small mountain town of  South-Korea, village dwellers find themselves in the worst nightmare – the mysterious killing of dwellers with no suspect. Na Hong-jin let the central plot grow organically with the time while keeping its audiences busy setting the puzzling trap of horror, served with the dash of doleful humor. Read the complete review of The Wailing.

Peppermint Candy – Lee Chang-dong masterpiece The Best Korean Movies of The Century
Lee Chang-dong’s ‘Peppermint Candy’ is an unflinching and unhurried examination of a man in the backdrop of the ever-changing and volatile sociopolitical environment in Korea.
The five phases in the protagonist’s life form the narrative in Peppermint Candy. It is structured in reverse order and opens with his suicide on the bridge, then goes back in time to his college days. It does a psychological exploration of Young Ho (Sol Kyung-gu) after he accidentally shoots an innocent girl during the Gwangju massacre in the 1980s. It leaves a scar on his psychology that turns into a blister under the military dictatorship in the Korean government, during the 1980s, to the economic crisis 1990s Korean government.
Peppermint Candy also explores the rise of masculinity in the Korean society that chews up the relationship of Young Ho with his wife and enables the toxic behavior in him. Director Lee Chang-Dong explores one of the most tragic moments in Korean history in a compelling way by portraying a male character who struggles within the militarized society.

The Best Korean Movies – Memories of Murder
Richly detailed and nerve-racking, “Memories of Murder” is a masterful work in character study and creates the disquieting tension throughout the film. The muted color cinematography and the vast emptiness of the fields in the rain develop a sense of horror lurking in every frame.
The ritualistic serial killing of women in the small town of South Korea brings the two inept local police officers along with a calm and sensible Seoul officer to crack the case. The killing is graphical and unsettling, but Bong Joon-ho layers the investigation with the hilarity of the mismatch between the sensibilities and attitude of the two police officers.
The conflict in their approach to the case reveals a great deal about the critical connection between these people’s repressive society. As the lunkheaded officers become obsessed with the case, the character arc sees a tectonic shift that tells about the psychological implication of the ongoing serial killings.

Poetry – Lee Chang-dong films Ranked – The Best Korean Movies of The Century
INARGUABLY, and I say in bold letters on purpose, one of the best Korean movies of the century. Lee Chang-dong is undoubtedly one of the best contemporary screenwriters and directors working today. Even with the thinnest plot that can be reduced to one sentence, the complex and layered drama that he packs would require multiple viewing to comprehend completely. It doesn’t get better than in “Poetry.”
Contemplating the guilt and grief, and articulating it to vent out while facing the existential crisis forms an underlying theme of Lee’s melancholic “Poetry.” This is Lee’s most accessible work, but it contains a multitude of emotional and psychological layers. Poetry holds the labyrinth of emotions in its subtext. The emotional depth and psychological complexity Lee’s film carries is nothing less than a conundrum piece.
A sixty-six-year-old Mija (Yun Jung-hee), a part-time caretaker, living in a modest house with her grandson, learns about the onset of Alzheimer’s disease. There’s an irony to her tragic news when she joins the poetry learning community. A wistful desire to learn a new medium of expressing herself while she is thrown into the abyss of unconscious forgetfulness of the language she knows well.
Kim Ki Duk’s spiritual film – The Best Korean Movies of The Century
The Handmaiden The Best Korean Movies of The Century
Best Korean Drama Movies – Treeless Mountain
Peppermint Candy – Lee Chang-dong masterpiece The Best Korean Movies of The Century