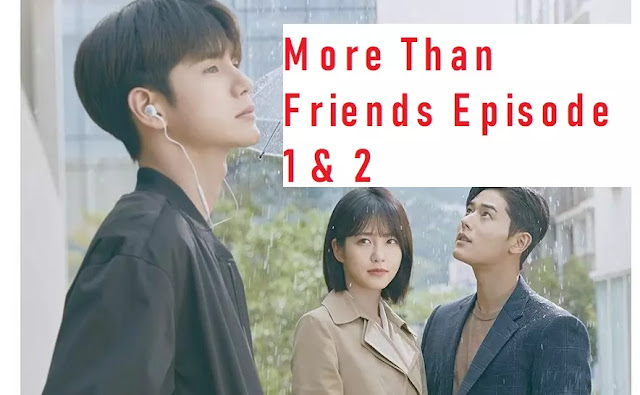 Ten years ago, Kyung Woo Yeon (Shin Ye Eun) was as innocent and carefree as any eighteen years old might be. With dreams and ambitions and a heart ready to love, it was only a matter of time before she fell for someone. And fall she did; for her friend, Lee Soo (Ong Seong Wu). Little did she know that at the time, Lee Soo also had a crush on her. Unfortunately, a simple misunderstanding kept them from confessing their feelings.

A decade later, Woo Yeon still harbors a crush on Lee Soo. Working as a calligrapher, she still keeps in touch with her friend but has never confessed her feelings for him. Oddly enough, the same could be said for Lee Soo, who is now working as a professional photographer. Though the two have taken turns having a crush on each other for over ten years, misunderstandings and missed timings have continued to keep them from becoming anything more than friends.

With feelings ten years in the making, Woo Yeon and Lee Soo begin to realize their feelings for each other are becoming too strong to keep hidden. Has the time for their confessions finally come, or will yet another misunderstanding keep them apart?

“More Than Friends” is a 2020 romantic comedy-drama directed by Choi Sung Bum.

More Than Friends is directed by Choi Sung-Bum (Gangnam Beauty ) and written by Jo Seung-hee.

Where You Can Watch

You can watch “More Than Friends” episodes on Viki. You can also watch the episode on the VIKI App. Another way o watch you can watch the drama series On Korean Tv Network JTBC at the above-mentioned time. And You Can Also Visit on Fb Page For Watching It, We provide free of cost.

More From: More Than friends