Popular game PUBG MOBILE teased gaming enthusiasts and BLACKPINK fans with a hint of a possible collaboration with Lisa.

The company’s official Twitter account had posted a picture of a person sporting pink-rimmed shades with a reflection of a city in light pink hair with a similar colored background with a mysterious caption, “Guess who is coming?” 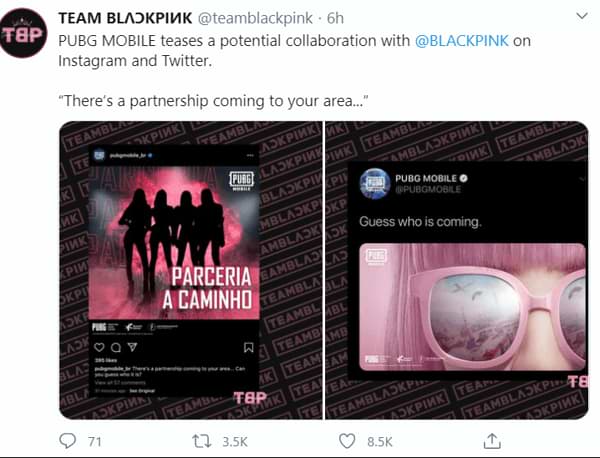 BlackPink is a South Korean girl group formed by YG Entertainment, consisting of members Jisoo, Jennie, Rosé, and Lisa.
The K-pop band, in it’s latest song ‘Ice Cream’ with Selena Gomez has made it to the eighth position in Billboard Global 200. Whereas in Billboard Global Excl US chart it has been ranked in the sixth position of the top 10 list
New Color Ids On The Way

“New color” is on the way. pic.twitter.com/u9DYwcLOx8