Add post
Story Image Audio View all formats
The SBS new gilt drama ‘The King-Lord of Eternity’ (played by Kim Eun-suk / director Baek Sang-hoon, Ji-Hyeon Hyun / production Hwa & Dam Pictures), which is about to close the gate of the dimension, is scheduled to close on the 17th (Fri) on the 17th. A 16-part fantasy romance with a different dimension of the Korean Empire Emperor Lee Gon and the literary South Korean detective Jung Tae who is trying to protect someone’s life, people, and love through collaboration between these two worlds. 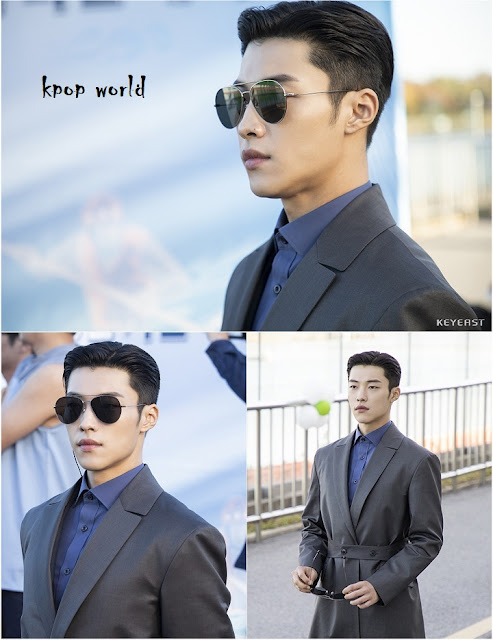 Woo Do-Hwan is the closest member of Emperor Lee Gon (Lee Min-ho) of the Korean Empire and head of the Imperial Guard Captain Jo Young. Cho Young is a loyal person who is not only lonely but who wants to be happy and has a mission to protect the emperor as a family or more.

Because of this, Woo Do-hwan is expected to draw a contrasting film that hides his personal feelings and silently fulfills his responsibilities, taking the emperor’s safety as the top priority in the play. Udohwan’s unique sharp eyes will add to the charm of the contrasting character, and the cool, understated acting will infuse reality.

In the photo released by U-do’s agency, Key East, you can see the cold charisma of Doo-hwan U’s drawing. From wearing a gray imperial guard uniform and wearing sunglasses to cover your gaze, you can feel both serious and splendid.

As such, Woo Doo-hwan refrains from expressing emotions so that viewers can focus on the character’s narrative, and approaches the natural acting that permeates the contrast itself. Moreover, since it is a person who keeps in and out of Igon’s side to the extent that it is called the ‘Emperor Shadow’, the performance of Lee Gon-ho’s Lee Min-ho is also an expected point.

On the other hand, Doo-Hwan Woo will serve as a social service agent, Eun-Seop Jo, in Korea, a life-long world covered in ‘The King-The Lord of Eternity’. In one work, attention is also focused on Woo Do-hwan’s one-man and two-seat acting, which will represent the characters of the play and the play.