Add post
Story Image Audio View all formats
Here’s the list of the top 10 most popular and handsome Korean on their best performances! 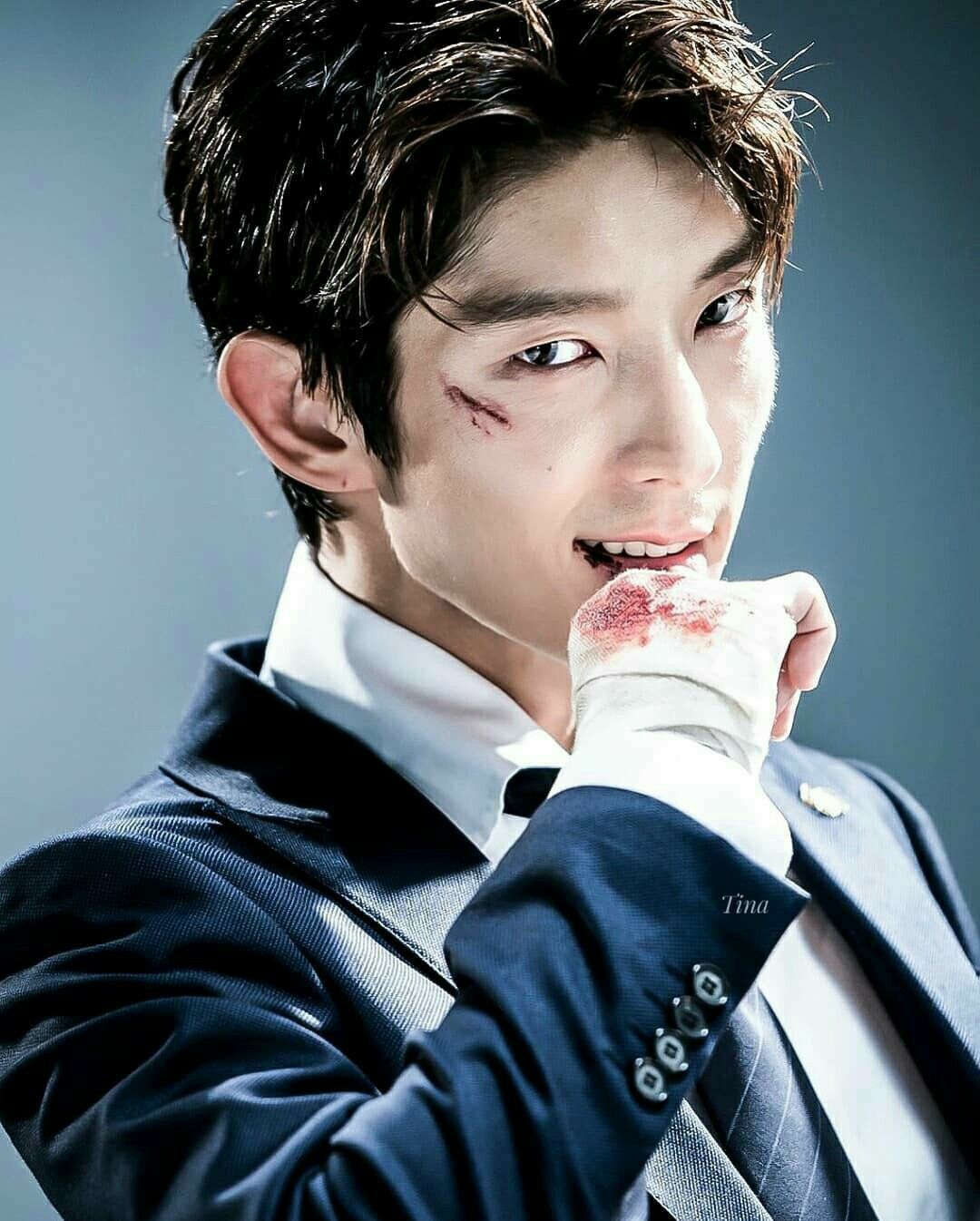 A Korean actor, model, and singer, Lee Joon Gi is often called a “flower boy” icon. He is also known as the charming prince of historical dramas! We know he looks good in traditional Korean clothes; he tends to rock in historical, and it seems as if he is born to bring history to life!
He became famous after his very first leading role in The King and the Clown. It’s pretty an unusual history that revolves around two male clown actors – one with masculine traits and the other with highly effeminate ones. Thanks to his excellent acting skills, the actor played a homosexual clown really well, which tremendously boosted his popularity. However, after this film, he started to play more masculine roles to avoid typecasting. Here are some of his best performances that you definitely don’t want to miss:
Gunman in Joseon
Here’s a Joseon era revenge thriller with a bit of romance to make things spicier! Lee is the protagonist of this exciting story, a young, carefree swordsman who wants to avenge his father’s death and free her sister from slavery.
The Scholar Who Walks the Night
Vampire fans definitely should check out this one! It’s a twisted political drama set in the Joseon era! Here, Lee stars as a scholar whose aim in life is to find the mysterious creature and to free the country from its control. Watch how he turns into a vampire. However, he does his best and holds onto his human heart.
Moon Lovers: Scarlet Heart Ryeo
Make sure you check out this sageuk set in the Goryeo period! This historical K-drama ripped out many hearts. Lee plays a dark, conflicted prince who falls in love with a girl from the future! Expect a lot of drama, heart-wrenching scenes, fight for the throne, and love triangles! His acting here is phenomenal; you can’t miss it!

One of the most sought-after Korean actors, Lee Jong Suk, started out as a runway model; he was even considered the youngest Korean model (he started his modeling career at 15). However, he soon switched to TV. His appearance as the title character in drama School 2013 brought him his first acting award and real fame. Here’s a little portion of some of his most notable roles:
Pinocchio
How hard can it be for a person with childhood trauma to burst into hiccups whenever they lie? Especially for a reporter! Well, you can discover this by watching this entertaining Korean series with Lee Jong Sung, starring as the lead character!
W: Two Worlds
This fantasy drama will keep you on the edge of your seat if you are a fan of this genre! It’s fascinating to watch how the daughter of a famous webtoon author gets pulled into this fictional world! Lee plays the main hero of this webtoon.
While You Were Sleeping
Like the previous drama, this K-drama also has a fantasy aspect: it blends dreams with romance and everyday life! It tells the story of a girl who has plans about a terrible future that happens to certain people. Lee Jong Suk stumbles upon her one day. Soon, he has dreams about her and vice versa; she has plans about him.

This actor is tremendously popular in Asia, so he is another handsome and talented top Hallyu star in the list! The historical drama Sungkyunkwan Scandal and the show Running Man helped Song Joong Ki rose to fame incredibly. However, Song’s first leading role on TV was in the melodrama The Innocent Man. He has also played the title character in A Werewolf Boy, which is recognized as the most significant office hit! After completing his military service, he jumped straight into the lead role in the big worldwide hit K-drama, Descendants of the Sun!

Ji Chang Wook rose to fame playing the leading role in drama series Smile Again, followed by such widely known period dramas as Warrior Baek Dong Soo and Empress Ki. He has also starred in many other highly popular series: Healer, The K2, Suspicious Partner, to name a few. Here are more details on some of his most famous works:
Empress Ki
Don’t say you haven’t ever heard of this historical K-drama! The drama was a great success in the country! It has also become a promising breakthrough in Ji’s career.
He starred in the series as the 16th emperor of the Yuan Dynasty. His portrayal of the king left an unforgettable impression on the audience, earning him recognition.
Healer
Ji has also played in this popular action thriller. The interesting fact is that he even took martial arts lessons for the role of a mysterious guy. After the world has finally seen the drama, the actor became famous far beyond Korean borders! After this success, he even starred in Mandarin-language dramas. 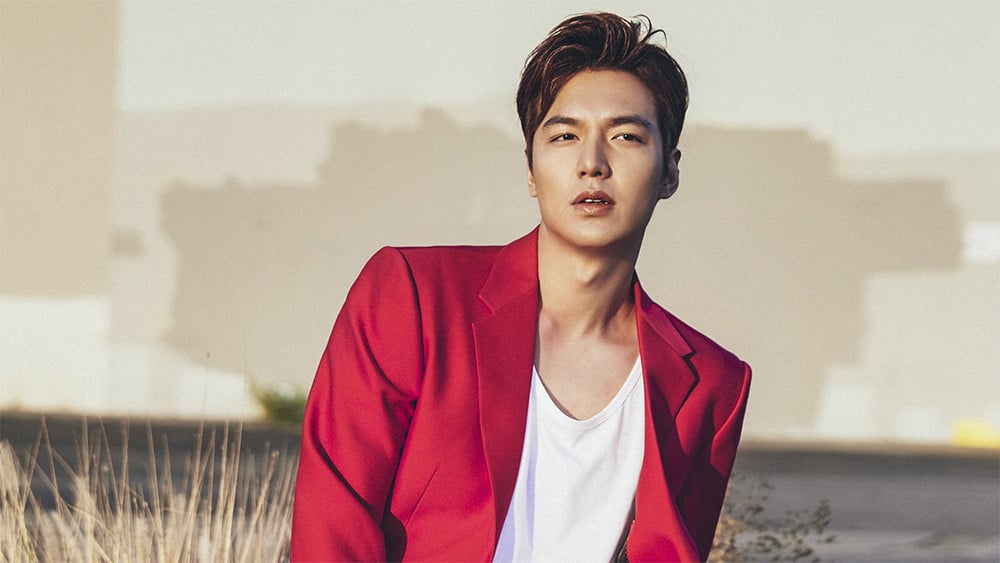 His popularity extends far beyond Korea and even China. It extends to many other countries throughout the world! An immensely popular KBS2 drama, Boys Over Flowers became a significant breakthrough in his career. Lee Min Ho is considered to be a real Hallyu star thanks to the success of all the dramas he has been in! He has been remembered for his leading roles in The Heirs, City Hunters, and Legend of the Blue Sea. Lee also starred in Gangnam Blues and Bounty Hunters (a film produced in China).

Kim Soo Hyun is an internationally well-known Korean star. Starting his career at the age of 19, now he is one of the most popular and wanted, and most expensive actors in the industry! The top Hallyu star started his acting career playing a country guy who became a true musical genius in a drama Dream High. His iconic role in My Love From the Star, where he played the leading role of an alien professor, sky-rocketed his popularity! “The man who came from the star” is also incredibly famous for his acting in another popular drama, Moon Embracing the Sun. There, he starred as the young king Lee Hwon. This historical even earned the “national drama” status! 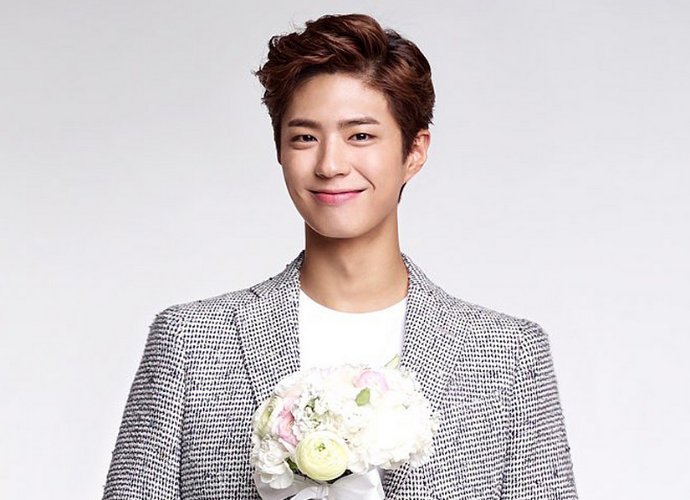 Park is a real Hallyu star (the Korean Wave, the increase of Korean culture popularity worldwide driven by the spread of K-dramas and K-pop). He was even called the “Nation’s Crown Prince” after his appearance in highly popular Korean drama Love in the Moonlight. Park is the youngest to become Actor of the Year (according to Gallup Korea) and the first among all the actors ever to get to the top in the Korea Power Celebrity list (according to Forbes)! He gained popularity for his diverse range of roles in dramas he played. Here are some of the best:
Love In The Moonlight
One of Bo Gum’s most notable projects is this historical romantic drama, where he stars as the Crown Prince. He desperately falls in love with a girl pretending to be a male eunuch. This period TV series became a real hit all across Asia!
Hello Monster
Bo Gum surprised his fans by acting in the dark crime drama, Hello Monster (also called I Remember You). The story follows a criminal profiler who gets entangled with an elusive serial killer.
Reply 1988
The well-known Reply drama series follows the story of five childhood friends living in a small town. It follows their complicated lives (and the lives of their families) back in the ’90s. Park plays a wealthy boy whose most prominent problem in his life is winning back matches. 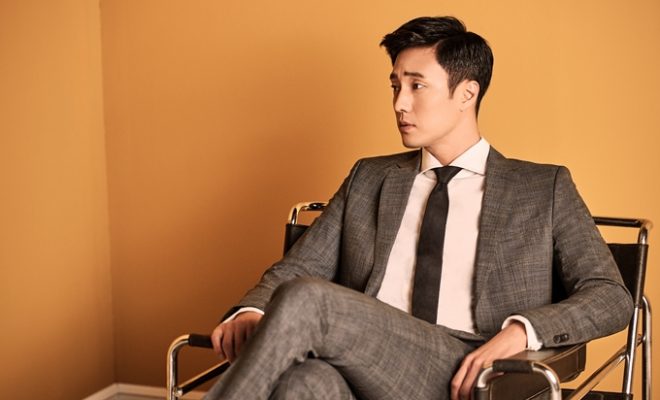 Ji Sub debuted as a jeans model first, but two years later, his television acting debut followed! Coincidentally, the drama series he received his first role was called “Model.” But it wasn’t until K-drama I’m Sorry, I Love you that he became a top star in the country and in Asia overall. Since then, he has starred in many popular television dramas, especially he became well recognized for his leading roles in such dramas as Master’s Sun, Oh My Venus, Cain and Abel, and Phantom. 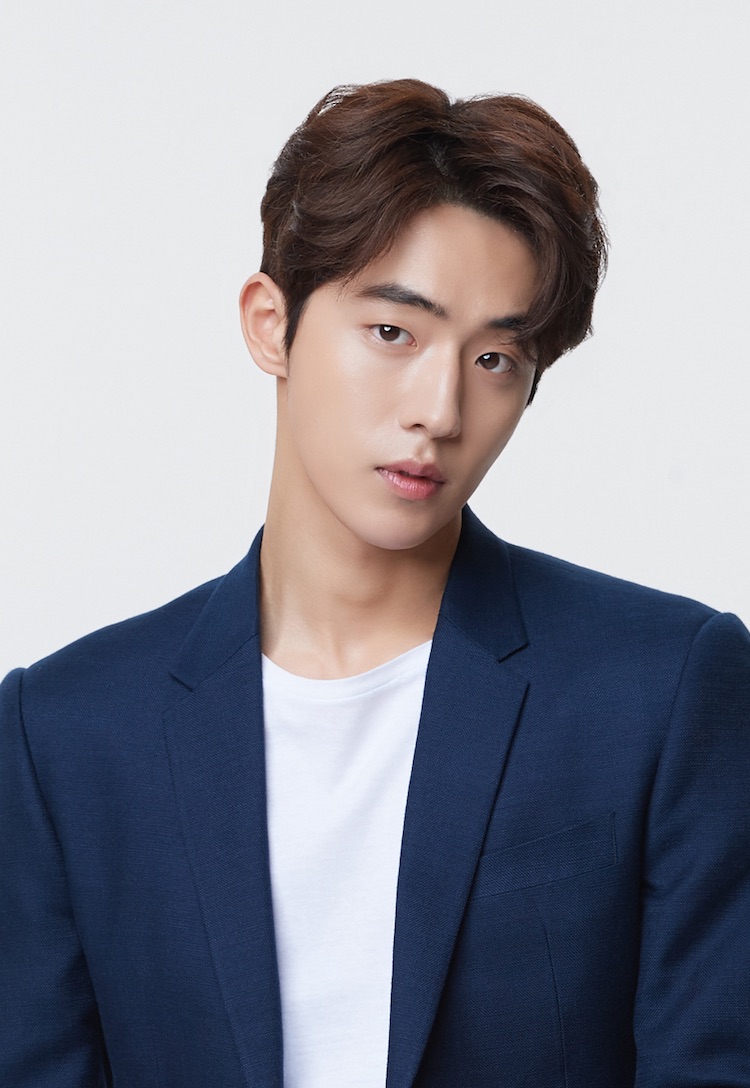 You simply can’t resist the gaze of Nam Joo Hyuk! It melts everyone’s heart! He started as a model and made a big break in acting soon after! It was Who Are You: School 2015 that became his breakthrough. Wonder what characters he played in dramas? Well, there are so many of them! He was a high school star swimmer (Who are You: School 2015), an unbelievably handsome flower prince (Moon Lovers: Scarlet Ryeo), a fantastic friend (Weightlifting Fairy Kim Bok Joo), and even a vain water god (Bride of Habaek). Whether he is a sweet guy or cool gentlemen, you can’t stop admitting his looks!
You definitely should check out his breakthrough performance in Who are You: School 2015. Nam plays a famous swimmer in a high school who falls for his childhood friend. However, the catch here is that he has no idea he has been talking to her twin sister all this time, after her disappearance. Even though he does doubt her identity, he ends up falling in love with her instead. 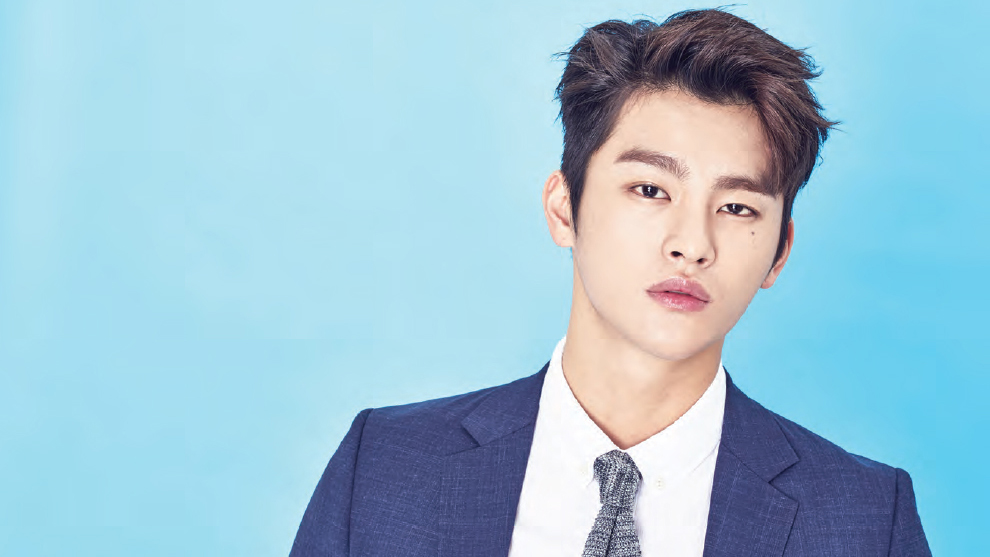 Seo In Guk is one of the most beloved K-drama actors in Korea, and it isn’t surprising. He is incredibly handsome, and he has also challenged his talent by playing diverse roles! He shows tremendous range by playing Joseon era royals, young students, and even murderers. He is not only an incredible actor but has also launched his singing career! In fact, it was even before his onscreen acting debut. Back in 2009, he became a winner of the first season in the talent show Superstar K.
Seo debuted as an actor with a supporting role in Love Rain (2012), but it was Reply 1997 that was his real breakthrough! Since then, he has acted in various television series. Here are some of his best performances you should check out:
Reply 1997
In this series, Seo is a quiet and broody boy, but a great student. As a teenager, he falls in love with a girl he grew up with.
Squad 38
Seo In Guk is a professional swindler here: he is in the team of bad guys, collecting taxes from tax evaders.
The King’s Face
Finally, we see Seo In Guk as royalty. He is starring in this historical K-drama as the crown prince of Joseon, who lives through immensely difficult times as an illegitimate prince.
The Smile Has Left Your Eyes (also called Hundred Million Stars From the Sky)
This Korean drama is all about mystery and intrigue. Seo In Guk is a free and unpredictable assistant in a craft brewery who turns out to be the main suspect in a woman’s suicide.