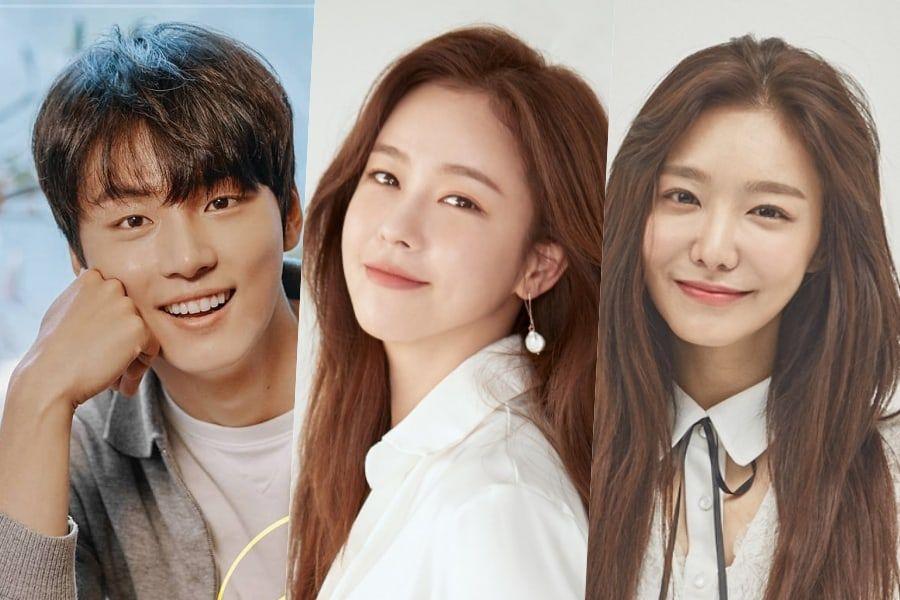 On April 6, OCN confirmed that the three actors had joined the cast of its upcoming sci-fi drama “Train” (literal title). Described as a “parallel-universe suspense drama,” “Train” will tell the story of a man who sets out to uncover the truth behind the death of a loved one. In the process, he ends up moving back and forth between two parallel universes.

Yoon Shi Yoon will be starring in the drama as Seo Do Won, a detective who is fearless when it comes to fighting crime. The actor will be taking on two roles in “Train”: a character who jumps back and forth between two parallel universes in the hopes of paying for his father’s sins, as well as a character who leads a precarious life due to those sins.

Kyung Soo Jin will also be taking on dual roles in the drama. The actress will star as both Han Seo Kyung, an honest prosecutor who isn’t shy about expressing her emotions, and a cold, emotionless detective who is completely different from her doppelganger in every way.

Finally, Shin So Yul will be playing the role of Lee Jung Min, a tough forensic investigator whose first love was Seo Do Won and who now helps him in his endeavors.

The producers of “Train” remarked, “Yoon Shi Yoon, Kyung Soo Jin, and Shin So Yul, who have a wide variety of charms, will be making acting transformations like nothing you’ve seen before in ‘Train.’ ‘Train,’ which has a unique worldview, will give rise to a new ‘parallel-universe suspense’ genre. Please show a lot of interest in the drama.”

“Train” is currently scheduled to premiere this summer and will be available with English subtitles on Viki.

Are you excited to see Yoon Shi Yoon, Kyung Soo Jin, and Shin So Yul in this new drama? Share your thoughts below!

In the meantime, watch Yoon Shi Yoon in his recent drama “Psychopath Diary” with English subtitles below!