Guys, Baekhyun has released the latest song for a drama soundtrack Record Of Youth 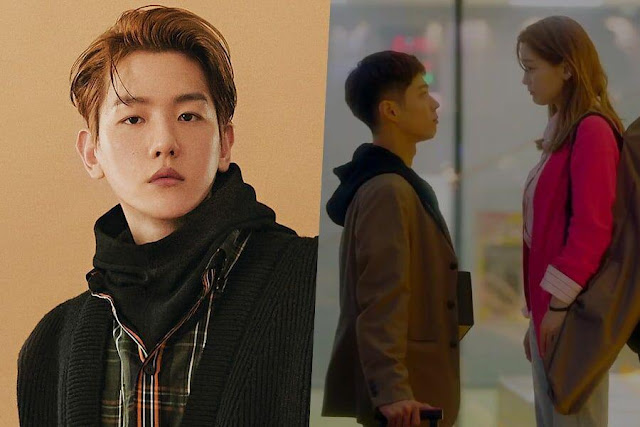 Air Time of Every Second OST:-

On September 22, Baekhyun’s “Every second” was released for the “Record of Youth” OST.

“Record of Youth” is about young people who struggle for their dreams and their love amidst the harsh realities of the modeling industry. Park Bo Gum stars as Sa Hye Joon, an aspiring actor and model, Park So Dam stars as Ahn Jung Ha, an aspiring makeup artist, and Byun Woo Seok stars as Won Hae Hyo, a model who wants to make a name for himself without relying on his family.

💬 Hundreds of idols debut a year, but there are ‘genius-type’ idols who show excellent talent in ‘idol’ jobs. Idol Champ voted on the theme of “ Genius-type idol like N-th round of idol life ” for about 2 weeks from March 27 to April 11, and “Exo” Baekhyun out of a total of 290,000 votes ranked first with 37.89% of votes Occupied.

💬Baekhyun’s warm voice expresses the heart-fluttering emotions of the drama’s main characters as they give each other strength and support.💞

💓💞  Check out Original  the song below🔊🔰

Also Read, Record Of Youth Episode 7 Cast Spoiler and where to watch

Also read, Record Of Youth Episode 8 Cast Spoiler and where to watch

An idol, in fandom culture in South Korea, refers to a celebrity working in the field of K-pop, either as a member of a group or as a solo act. K-pop idols are characterized by the highly manufactured star system that they are produced by and debuted under, as well as their tendency to represent a hybridized convergence of visuals, music, fashion, dance, and music influenced by Western culture.

💬 They usually work for a mainstream entertainment agency and have undergone extensive training in dance, vocals, and foreign language. Idols maintain a carefully curated public image and social media presence and dedicate significant time and resources to building relationships with fans through concerts and meetups