The King: Eternal Monarch is an upcoming South Korean television series, starring Lee Min-ho, Kim Go-Eun, and Woo Do-hwan. Produced by Hwa&Dam Pictures and its parent company Studio Dragon, it is set to premiere on SBS TV on April 17, 2020

SBS’s upcoming Friday-Saturday drama “The King: Eternal Monarch” has shared new stills of Lee Min Ho and Woo Do Hwan as they live as emperor and bodyguard in a parallel universe.“The King: Eternal Monarch” is the latest work by screenwriter Kim Eun Sook and tells the story of two parallel universes, one in which Korea is a constitutional monarchy and one which is similar to the present-day republic. Emperor Lee Gon (Lee Min-Ho) tries to close the door between the two worlds with the help of detective Jung Tae Eul (Kim Go Eun) in order to save people’s lives. 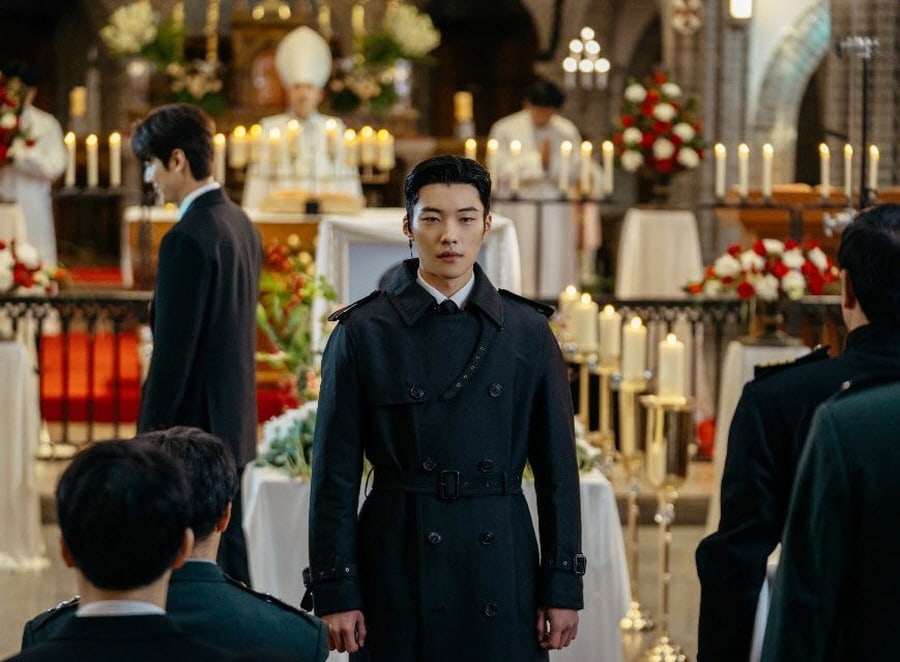 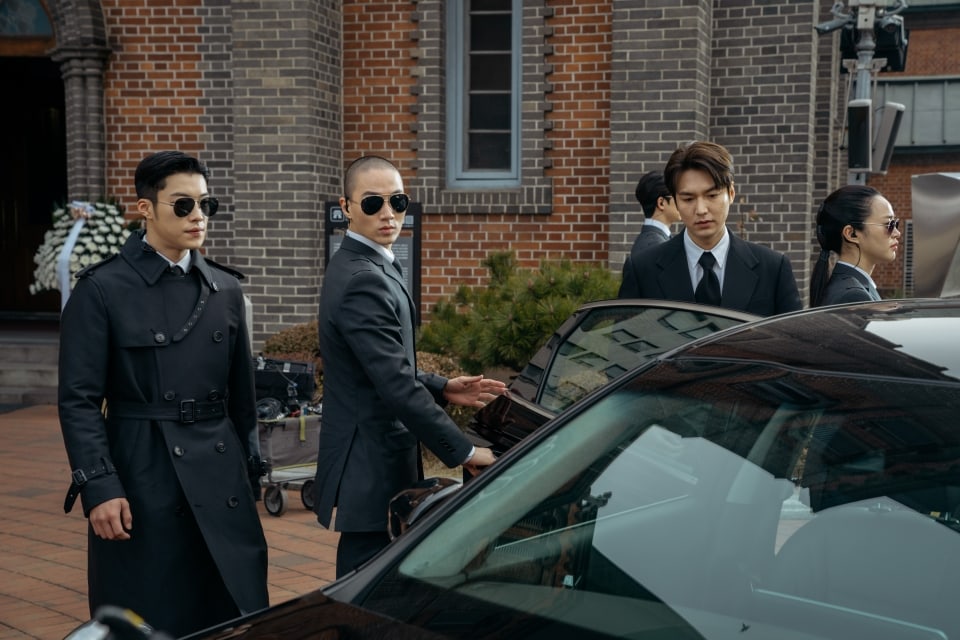 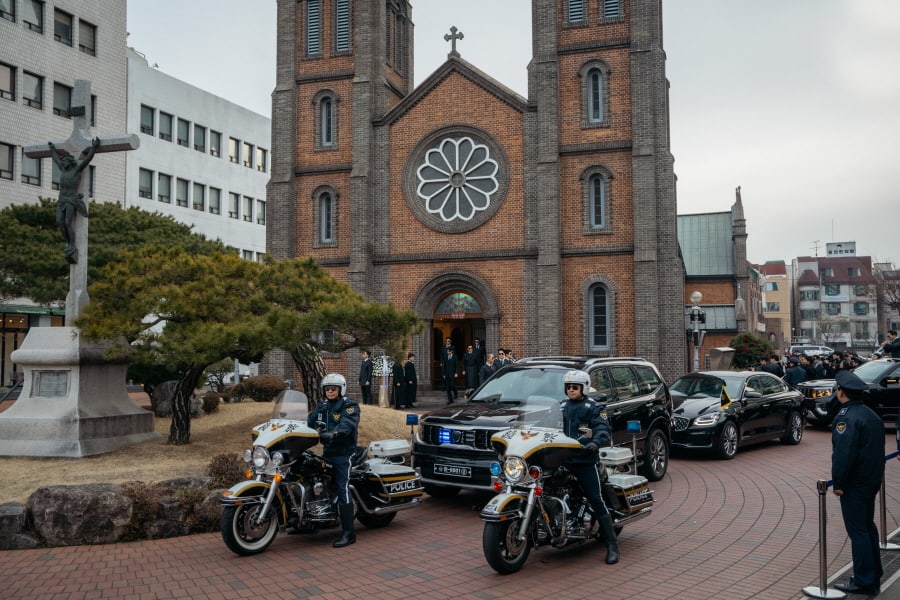 In the drama, Lee Min Ho and Woo Do Hwan play Emperor Lee Gon and chief imperial bodyguard Jo Young. The two first met as children in the royal palace and through many ups and downs, have formed a strong bond of trust like that of brothers.The new stills show Jo Young following Lee Gon as he attends a funeral. The emperor radiates warmth and somberness as he meets with the family of the deceased, while Jo Young is always just behind him, keeping an eye on the situation and doing his best to protect the monarch with the help of his security team.After Lee Gon has paid his respects, he is quickly escorted out of the area by Jo Young as reporters swarm them, and the security team does their best to shield Lee Gon as he gets back in his car.